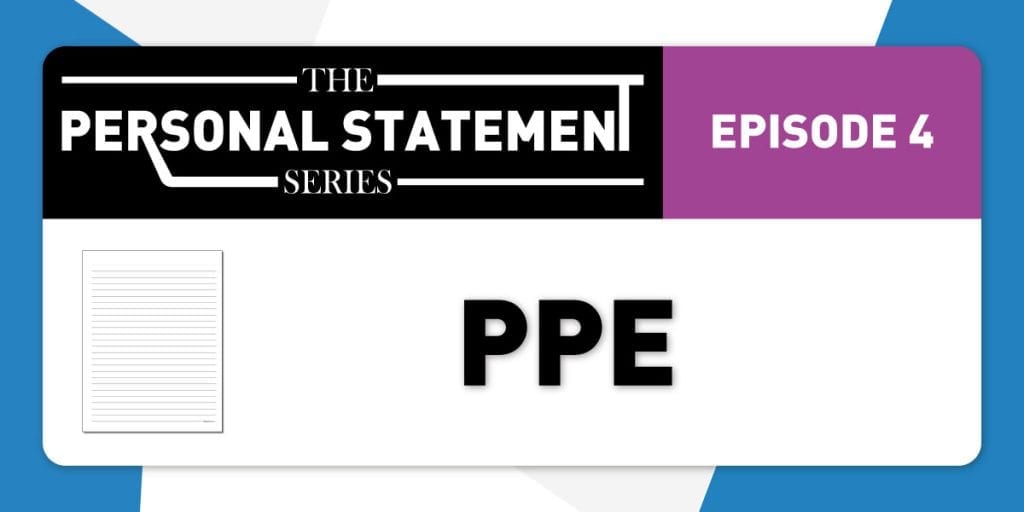 This is a (spoiler) strong Personal Statement submitted to Oxford and four other universities to study PPE. The whole statement is squarely focused on demonstrated interest in PPE which is exactly what admissions tutors are looking for, amongst a few other things.

We’re coming towards to the end of the series – we have one more statement to share with you next week. Keep an eye on your inbox or the blog.

As always, here are the basic figures for the Personal Statement we’re looking at today:

The universities this candidate applied to were the following;

I have been fortunate enough to have spent half my life overseas and to have attended eight different schools in five different countries and as a result I have engaged with people from a wide range of cultures and backgrounds. Having enjoyed these experiences immensely, I am determined to build on this foundation by studying for a degree that will increase my understanding of how trans-national and cross-cultural transactions work. One of the key factors in these transactions, undoubtedly, is human nature.

I was very interested, therefore, to read Jonathon Wolff’s ‘An Introduction to Political Philosophy’, particularly the contrasting interpretations of the ‘state of nature’ that rose dependent on the interpretation of mankind. In my experience there is a parallel between inter-personal and international relations and I want to understand the ways in which states and people operate. My background has made me more aware of complex international issues, such as Australia’s current problem in reconciling the fact that its major trading partner has the potential to become its biggest adversary. Because of my interest in this situation I delved deeper into China’s rise, through the medium of an extended project which discussed whether China poses any threat to the USA. Research for this project caused me to question whether there is any justification for the Western ethical preference for a ‘free’ economy over command economies. This work made me realise that I need economic knowledge in order to better understand the complexities of international relations and encouraged me to fast track an A level in economics.

My research touched on the question of the apparent commonality of cultural morals and delving into this issue led me to reflect on the arguments for universal morality that J.S. Mill presents in ‘Utilitarianism’. His claim that public convictions and general happiness are the basis for a viable moral authority appears to reflect the operation of democratic governance. I would argue, however, that there is a strong, external ethical pressure that acts regardless of happiness, a knowledge of base morality that is followed for its own end. The complexity of such issues has always appealed to me, which is perhaps why I was so enthused by the mathematical elements of philosophical logic that Blackburn presents in ‘Think’. The notion of reducing rational questioning to formulaic equations was completely new to me and I found it very compelling. I was equally intrigued by the attempts, particularly of Descartes in ‘Meditations’ and Anselm in the ‘Proslogian’, to develop an irrefutable argument based purely on reason; the notion of an a priori argument that could establish what empiricism cannot is a profound possibility. I thoroughly enjoy immersing myself in unknown and foreign situations. This probably stems from my travels across the globe, which took me from childhood in Moscow to my more recent time in Canberra.

Through school and college I have sustained an ability to balance my academic studies with a hectic social life, part-time jobs and my sporting commitments. I have been elected to the captaincy of two football teams and have played a consistent role in promoting youth involvement, through coaching a junior football team and being involved in the Olympic FLAMES programme. I am happy to lead or work within a team and can negotiate with difficult individuals, whether they are complaining customers or disaffected youngsters. I am eager to pursue a career path that will take me into an international and cross-cultural environment. This is why I feel strongly drawn towards a degree where I can use my experiences and ambitions to better prepare myself for the multinational market of the future. I want to develop an academic arsenal which will best establish me as a positive contributor in an increasingly trans-national, interlinked world – where global understanding looks set to become an essential attribute.

The student demonstrates a clear interest in all three subjects and does especially well in linking the three together, detailing how their interest in one politics issue lead to studying Economics, which lead to readings in Philosophy. They give the impression of an individual who has naturally come to the conclusion that PPE is the right area of study for them and they back this up substantially with both their personal history and academic studies.

The balance between discussing their academic interests and other areas of their life is just right, and they use the latter to reinforce their worth as a student. The statement flows naturally while the conclusion rounds it off nicely with a look to the future and what they wish to do with their degree.

At times, the student dwells on explaining their exact response to each book mentioned and their current position on each area of study. This is not particularly useful as those reading it will be more interested in how you think and how your reading developed your thought, rather than whether you, for example, tend towards consequentialism or deontology, as you don’t have nearly enough space in a personal statement to back up a philosophical position in any substantial or interesting way.

The statement also ought to be broken down into smaller paragraphs. This will improve the overall structure and will make for a much more natural read.

This is an excellent statement edging very closely to 5 stars; it ties the three subjects together and clearly conveys why each is personal to the student and what they want to achieve by studying them.

The candidate ought, however, to focus more on how their background has affected their way of thinking, rather than listing their positions on various issues.

Finally, the formatting could have been improved to make it easier to read, but this is a smaller point.

This Personal Statement for PPE is a great example of a statement done right. The candidates interest clearly shows through which is vital to admissions tutors.

Remember, at Oxford, these are often the people who will be teaching you for the next few years so you need to appeal directly to them.

Check back in next week for another Personal Statement, this time for Economics.

DISCOVER HOW WE DO IT
By Adi Sen
Tags: LawPersonal statement

Oxford vs Cambridge: Which is better?
4th March 2021