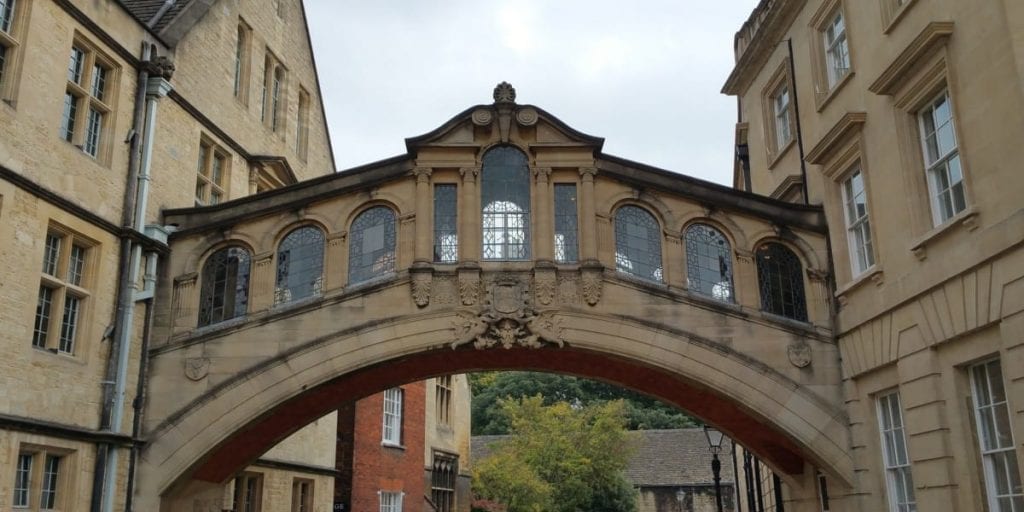 Which is the Best Oxford College for Medicine?

This is a more complicated question than it seems! It really depends on what you mean by ‘best’. Remember that every college offers a world-class education, so saying there’s a best Oxford college for Medicine is like saying there’s a best Olympic gold medal to achieve. They all have amazing things to offer, so we’ll delve into this question a bit further.

Applying to Cambridge? Don’t worry – we’ve got you covered too.

Most teaching in Medicine is through the University. This means students will attend lectures with everyone else studying Medicine, they will have dissections in the university laboratories, and they will eventually work with doctors up at the John Radcliffe Hospital.

Relatively little teaching (roughly four hours per week) is done through the college system, and it won’t be the biggest determinant of your child’s academic success. Also, the quality of college teaching mostly depends on the tutor your child gets from the college, and this is very hard to predict. Your child might choose a college based on a certain professor only to find that they don’t teach undergraduates, or that they’ve retired, or that they’ve moved to another college.

That said, there is a college ranking called the Norrington Table if you are determined to see the academic output of colleges. This year, the top three were:

St John’s could then be argued to be the best Oxford college for Medicine. However, remember that this ranking is determined by the number of Firsts that undergraduates across all subjects got in the last academic year. That can change a lot between the years! For example, Merton College was 27th in 2015 and 1st in 2016.

This ranking is also determined by people who are four or five years ahead of you in the academic system, so don’t put too much thought into it. It also isn’t broken down by subject, so the Oxford college with the most Firsts overall might not be the best Oxford college for Medicine.

Also, remember that not all colleges offer Medicine. These include Mansfield College, Harris Manchester (which is for mature students), and some Permanent Private Halls. Several graduate colleges also do not offer Medicine. It’s advisable that your child doesn’t go to an Open Day with their heart on a college only to find out it doesn’t offer their subject!

In fact, it can be more of a question of geography

Because so much teaching is centralised, students will spend a lot of time going between departments and labs. This means that the best Oxford college for Medicine might be the one which is closer to those departments… gets your child that extra five minutes in bed which you know they love!

A lot of the teaching, especially in first year, is on South Parks Road. The closest colleges to this road are Keble and Trinity. (Linacre is actually on the road, but doesn’t offer Medicine). However, this is a tight competition: Keble is a 6-minute walk to the Medical Sciences Teaching Centre, Trinity is a 7-minute walk, St Catherine’s and New College are a 9-minute walk… you get the idea. Add a bike and there’s very little to choose between them.

This changes when they need to go to the John Radcliffe Hospital, although this will probably happen later in their degree. This is notoriously a way out of town, and the closest college to the hospital is St Hilda’s, which also happens to one of the furthest from South Parks Road.

Add this to the fact that many people don’t live in college beyond the first year of their degree, and might move to the other side of the city. You get a feel for how complicated and unpredictable this choice is. Although applicants definitely might want to consider convenience for their first couple of years of study, they shouldn’t worry if they go to St Hugh’s or St Hilda’s and end up with the mighty 20-minute walk (6-minute cycle) to lectures in first year. It will all come around over the course of their degree!

There are many other factors which will shape your child’s experience at Oxford. It’s good to check a variety of useful tips for choosing a college and determine which factors are most important to your son or daughter.

Certain colleges are closer to amenities, offer different societies, or have higher proportions of certain subjects. For Medicine, for example, most colleges have 4-6 students. This is a small difference, but if they want to have more like-minded people and be around more Biomedical Sciences students, they might want to consider St Catherine’s, which generally takes the most.

Fundamentally, remember that they may also get pooled and offered an interview or place at a different college. Look about choosing a college that will strategically improve your child’s chances. The college is an important aspect of your child’s experience, but it doesn’t affect the academic quality of your education, and you shouldn’t worry about ending up at a college other than the one you applied for.

Ultimately, the best Oxford college for Medicine is the one which suits your child the best! Also, remember that for Medicine they will interview at a minimum of two different colleges. This is a great chance to have a look around and really get a feel for how different the colleges are. Try not to panic about college allocation; your child’s education will be incredible whichever college they attend!

The national average success rate for an offer at Oxford is 13%. UniAdmissions’ students enjoy success rates of 63%. Let UniAdmissions guide you through the Oxford Medicine application, and triple your chances of success!

You can find more information on what life is like at Oxbridge, choosing an Oxford college, and further tips for your medicine application in our blogs. Our articles are written by top experts who have an Oxbridge background and from the medical students themselves so that you get a real feel for the universities and the admissions process.