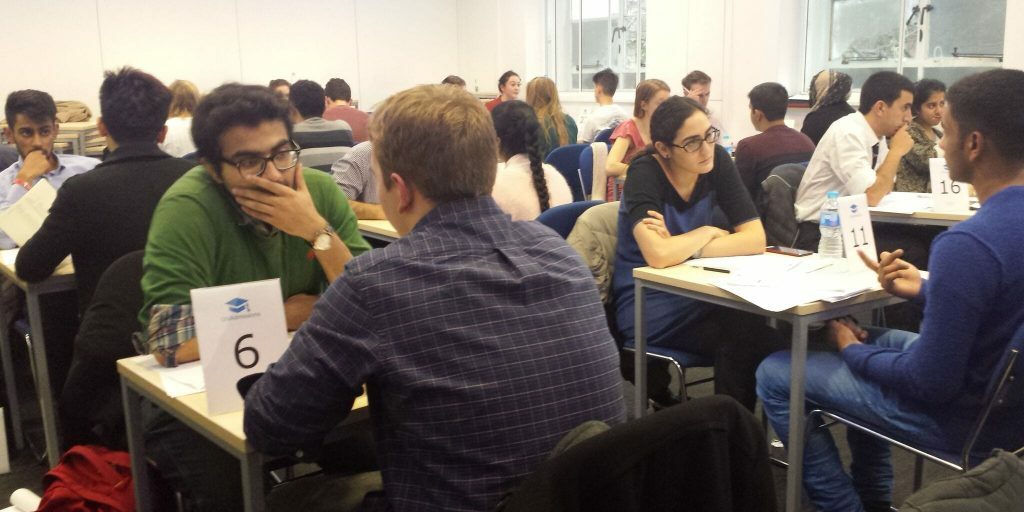 How to Answer Medical Ethics Scenarios at your Interview

A career in medicine is about ‘doing good’ for patients whilst minimising patient harm and suffering. However, situations arise where this may not be so clear-cut. This is where medical ethics scenarios come in at your interview.

Medical ethics scenarios are common in most medical school interviews. They can arise in a standard interview format or as part of a station at a Multiple Mini Interviews (MMI) setup. This article will outline some key principles for you to think about when structuring an answer to any medical ethics scenarios you are faced with.

Starting to answer any medical ethics scenarios should always begin with your personal definition of terms that the interviewer has brought up in the question. This includes bringing in technical terminology that you think is relevant to a particular situation that they propose.

“Is it okay for doctors to detain patients against their own will?”

Answer? You could define what you believe detaining means in a pragmatic context such as suggesting that it means preventing patients leaving when medical treatment is in their ‘best interests’. You could also bring in the technical term of capacity. In this scenario, stating that the idea that a patient is able or unable to make an informed and autonomous decision as to their best interests is a key concept when answering this question.

Give a balanced answer to medical ethical scenarios

Even if you are personally strongly in favour of a particular side of an argument of medical ethics scenarios, make sure that you talk about both sides of the argument before you come to your conclusion. Use signposting language, such as ‘on the one hand’ versus ‘however, some people might argue’.

“Should we have an opt-out organ donation system?”

Answer? Give both sides of the argument here. You could say, on the one hand, this would encourage a greater number of organ donors whereas, on the other hand, this system would mean people who are unaware or not fully informed of opting out may not be denied their autonomy by doing so.

Relate your answers to current events

Medical ethics scenarios will often be very much framed within a context of current events. Dropping these in can show that you have a strong interest in medicine and are therefore reading around the subject.

“When might not providing medical treatment be in a patient’s ‘best interests’?”

Answer? You could mention recent news such as the Charlie Gard case.

Most medical questions can be framed around the four pillars of medicine. These are often useful concepts to apply when discussing medical ethics scenarios:

In addition, other important concepts are:

“A HIV positive patient has not discussed their diagnosis with their partner – what should you do?”

Answer? Under the principle of justice, doctors must take into account the effect issues in medicine affect the society around the patient. Under this principle, you would try to encourage the patient to reveal their diagnosis, after checking their understanding of why this is important. However, you would also not want to do more damage by breaking trust (non-maleficence)in the patient-doctor relationship by breaking confidentiality.

With a good structure and approach to the question, medical ethics scenarios are excellent opportunities to demonstrate you have a solid understanding of medical principles and their wider context – remember to define your thoughts, give both sides of the argument, bring in recent news and talk about key principles.

Whilst these medical ethics scenario questions could arise in any medical interview, they are typical of an MMI interview. If you are invited to interview at an MMI medical school, or you know that the medical school you’re applying to uses MMI as part of the admissions process, look into our MMI interview tuition programme.

MMIs are growing in popularity as a way to showcase an applicant’s personal abilities as a doctor as well as their academic knowledge. You need to be on your A-game if you want the interview to be a success. One way to triple your chances of success is with our expert tuition programme…

In August, we wrote an article about how ethics has been a key feature in the latest genome sequencing news. Whilst it was back in 2001, that the first human genome sequence was completed, ethical questions and concerns have since arisen regarding what this means for society.

You can read the article here and see what we have to say about how ethics and science have woven together once again with the genome sequence.

Read the Article
By Rebecca Smith

How to Choose a Cambridge College: The Ultimate Guide
2nd August 2020
Go to Top
Close and carry on browsing.