LNAT: It’s not that bad… 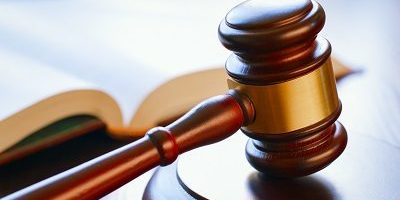 For most prospective law students thinking of applying to top Russell Group universities, including Oxford, one of the biggest and most daunting hurdles is the LNAT.

It stands for the Law National Aptitude Test, and it is not Oxford specific, many universities use it in their admissions process (Cambridge have their own law admissions test, advice for which can be found on their website).

I won’t lie, before I sat the LNAT I was absolutely petrified about because it was unlike any other test I had ever done. But not to fear, having done the LNAT, I’ve put to together some top tips for preparing for it.

PREPARING FOR THE LNAT:

During the summer vacation after your 1st year at college/sixth form, take a look at the LNAT website. It has a whole array of advice and information about the LNAT, what its designed to test, as well as sample exams which you can do to test yourself. Its important to familiarise yourself with the website and the sample papers early on so you don’t find yourself panicking in September- which is what I did! (ah the beauty of hindsight)

2. You CAN revise for the LNAT

What I mean by this is: you can put yourself in the best position possible before you sit the test. Often you will hear people saying ‘don’t bother preparing anything for the LNAT, you can’t revise for it.’ That is kind of true, in that you won’t know what the content will be, but you CAN hone the skills you need to do well on the test. And in order to do this, after doing the sample tests, I would suggest buying a couple of LNAT books cheaply from Amazon, and using them to continuously practice before you sit your test.

3. Stay up to date with current affairs

This is especially important for the essay section of the test. By staying abreast of what is happening in the world you’ll increase your chances of being able to answer an essay question very well. One of the things I found really helpful was downloading the BBC News App on my iPod, because it would notify me when there were any breaking news stories, or I’d just flick through it during my commute to sixth form. And this would keep me up to date with what’s happening in the world, but then I would do my own research about the different debates that were happening about these world affairs. Its all well and good for you to know the facts, but you need to also know the opinions surrounding those facts, because your essay will not only be assessing your writing skills but also how you put an argument across in paper- a VERY important skill for aspiring law students.

I hope these tips will help you in preparing for the dreaded LNAT. I’ll leave you with one final thing: when you get your results you will know that they are out of 42 (the multiple choice section), but the LNAT is notoriously difficult and the average mark changes every year. So if you get your results back and it says something like 27/42, DON’T be disappointed, because that is a really good mark in the context of the LNAT. NO ONE GETS FULL MARKS IN THE LNAT! So don’t beat yourself up about what ‘looks’ like a bad mark. Good luck with the applications, the admissions tests, and interviews guys!