Oxbridge vs the Ivy League 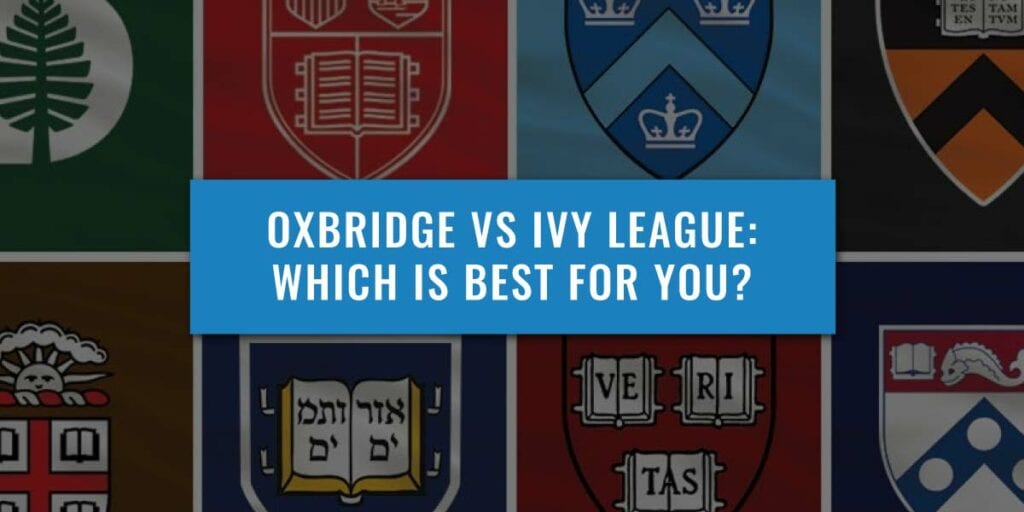 Oxbridge vs the Ivy League: how do you decide which globally-renowned institution is the best for you?

When it comes to applying to top universities, it can be difficult to know where you will be best suited and where will provide the best opportunities going forward.

In terms of academic and sporting excellence as well as great graduate prospects, there are two internationally renowned sets of institutions to choose from: Oxbridge and the Ivy League.

Both frequently wrestle for the top spots in world university rankings, are revered for their sporting prowess and offer a host of groundbreaking research opportunities, access to job markets and connections to their graduates.

So, how do you decide between two such prestigious options?

Both offer completely different university experiences, and both are guaranteed to stretch you academically, drown you in a variety of extracurriculars and societies, and provide the chance to learn from some of the most brilliant minds of the century.

It’s a difficult decision, but one that is completely in your hands.

The basics: What are they?

The Ivy League is the all-star collection of the highest ranking ‘schools’ in the States:

Although much younger than Oxbridge colleges (the oldest, Harvard, was founded in 1636), what they lack in age they make up for in character and sheer success: the Ivy League matches Oxbridge for graduate employment opportunities and globally acknowledged prestige.

Ivy League schools are linked by sporting excellence as well as academic rigour, with many student athletes doubling as international professionals.

Both have been around for more than 900 years and both have the amalgamations of different architectural styles to prove it. The constellation of colleges in both universities that differ in size and atmosphere means that no two Oxbridge experiences are the same. 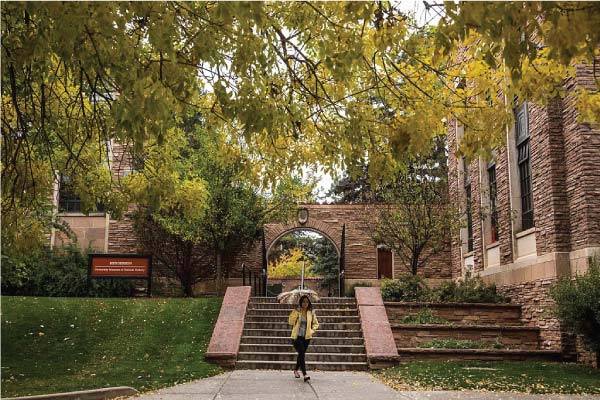 So, how do you decide which university is the right one for you?

First and foremost, the teaching styles on both sides of the pond differ greatly, so the decision between the USA and the UK comes down to personal preference and your own methods of learning.

Ivy League schools offer far more flexibility than the UK, with the opportunity to ‘major’ and ‘minor’ in different subjects.

Ivy League schools also offer interdisciplinary Liberal Arts courses, which give you the chance to gain an in-depth understanding of a variety of subjects in a way not possible in the British system.

On the flipside, the Oxbridge method of specialising in a chosen subject is great for those who already know where their passions and interests lie and who want to really explore the heart of their chosen discipline.

The range of extracurricular activities, from language courses to debating societies, means that this narrower focus is far from cloistered.

Cambridge also offers a broader curriculum in the first year of study which becomes more specialised over the duration of the course, giving you a flavour of the American system in the UK.

It’s also important to remember that not all of the USA’s best universities are in the Ivy League: Stanford University, MIT (Massachusetts Institute of Technology) and Caltech (California Institute of Technology) all frequently make the top five global university rankings, but were not linked by their sporting excellence in 1954, the historic reason for the formation of the Ivy League.

As such, it’s worth exploring all of America’s top institutions if you want to pursue academia at the highest level.

For both Ivy League and Oxbridge universities, applications involve a lot of testing.

In the US, this includes SATs testing mathematical and literacy skills, two subject-specific SATs or an ACT essay writing exam.

At Oxbridge, as well as a personal statement and, depending on the course, examples of written work, a short subject-specific entrance exam is required followed by three interviews in December.

With both groups, high A Level and GCSE results are also a must, as well as extracurriculars, although this is less important for Oxbridge.

In recent years, Oxbridge colleges have started prioritising access to improve the number of students applying from different backgrounds and to dispel some of the stereotypes that surround the universities.

This means that if you have the grades and the passion, Oxbridge or the Ivy League are definitely on your horizon. 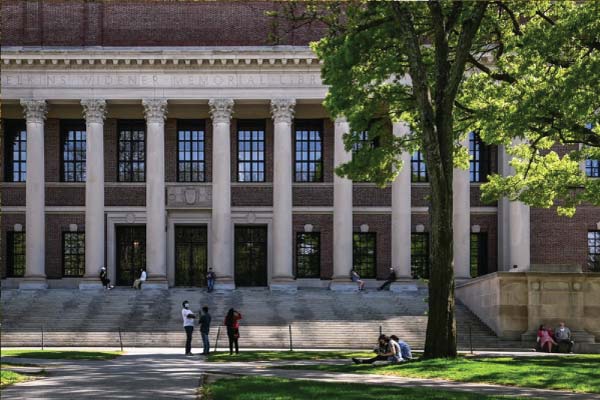 Oxbridge and the Ivy League are both well-endowed and well-placed to offer scholarships, grants and other financial aid, so there are a lot of options available to offset some of the tuition costs.

UK students applying to UK universities are entitled to student loans, which cover the full £9,250 a year tuition fee as well as some maintenance costs.

The loans only need paying back once you’re earning over £21,000 per year, and the payments are automatically deducted from your pay cheque and the loan accrues interest based on the RPI (retail price index) – a pretty good deal.

Oxbridge, on the other hand, charges international students between £13,000 and £18,000 a year (rates as of when this article was written) and this can change according to the college and the course.

In a word: incredible.

This is an area where both Oxbridge and the Ivy League are well matched, as both offer stellar career prospects going forward.

Oxford was recently revealed to be the home of the UK’s best Careers Service, and Harvard and Yale offer unparalleled connections and access to specialist networks after graduation.

It cannot be denied that graduates from these institutions can be found across multiple industries, pioneering new technology, serving as world leaders or heading up huge corporations.

Ultimately, the question of Oxbridge vs the Ivy League is a matter of personal preference, and now that you are aware of the key differences, the decision is in your hands.

If you’ve decided that Oxford or Cambridge are the universities best suited to yourself, then UniAdmissions can offer you the best support to get your place.

Our Premium Programmes consistently triple students’ chances of success. We help well over 100 applicants get their Oxbridge offer each year – discover our Programmes to become one of them.