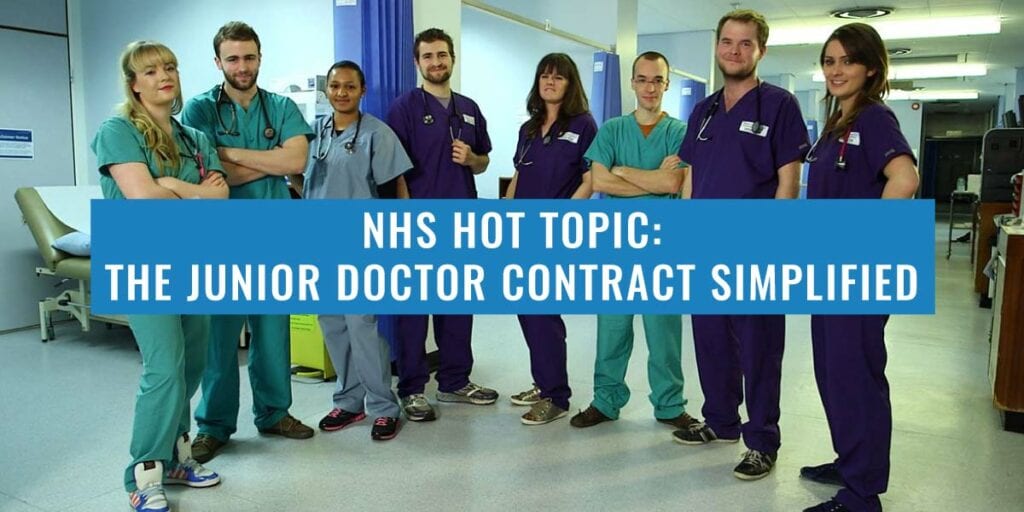 The junior doctor contract is a very likely topic to crop up during your medical interviews or MMI.

It’s something that will greatly affect your future as a doctor and show a good understanding of the trials and tribulations of becoming a doctor in the UK. It’s had a lot of coverage in the UK with debates and strikes within the NHS; here’s our (kind of) simplified guide to the whole issue.

What is the junior doctor contract?

The contract applies to all doctors below consultant level which makes it fairly misleading. Medical students after they graduate are “Junior” doctors for a minimum of 5 years, if they go the GP route, or a minimum 8 years if they decide to go the consultant route. It’s not unusual to stay a junior doctor for upwards of 10-12 years. This is explained by the graph below: 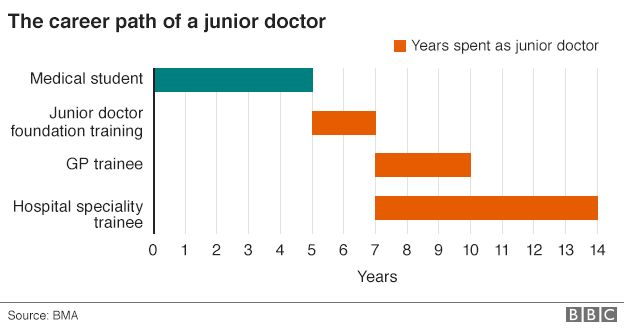 Medical interviews at Sheffield: what to expect >>>

What is the need for a new contract?

In 2011 the government decided the current contract was unfair. The key need was to make employment of doctors at the weekend cheaper and to reduce doctors working too many hours to no more than 72 hours over seven consecutive days.

What was the dispute on the contract for 2016?

Disputes from junior doctors, the BMA and campaign group Just Health were mainly on these points: 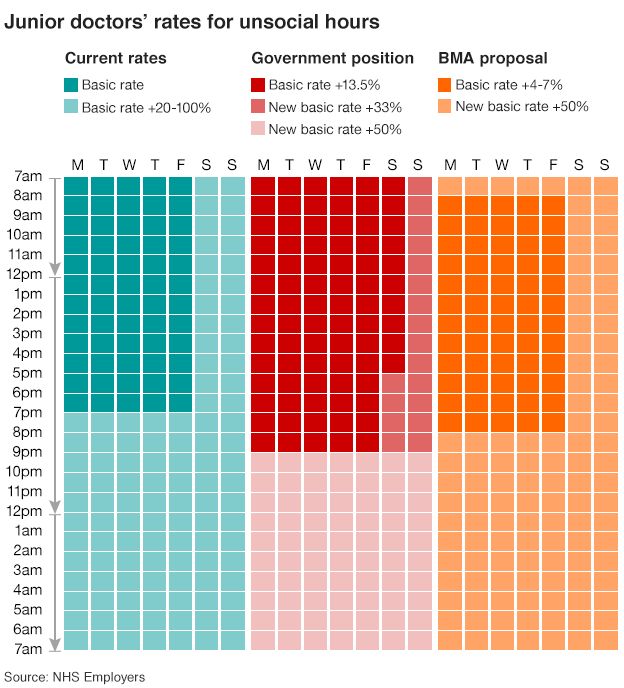 Although there are many issues surrounding this, the follow issues are high profile factors:

How to answer medical ethics scenarios >>>

As you can see, this is a many-headed issue which has innately positive intentions but many negative drawbacks for both parties.

Because of this, the contract has been fiercely debated by both sides. So how exactly should you bring this knowledge into a medical interview?

Some junior doctor contract interview questions you could face:

What to think about when answering these questions:

As with answering any interview question, you must analyse the situation from your understanding succinctly and make a fair judgement based on what you know.

Although in this situation, you are far more likely to support the junior doctor’s side of the dispute, you must take into consideration the government’s issues and reasoning behind their changes. You should be realistic with your conclusion and suggestions if you decide to make any. Everything you say should be backed up by fact, analysis and data.

For example “A study published by the British Medical Journal in September found those admitted on Saturdays had a 10% higher risk of death and on Sundays 15% higher compared with Wednesdays. However patients tend to be sicker when admitted on weekends.” If you use this argument, then consider both sides of it. Less senior doctors work on weekends, thus creating a workforce with less experience which could contribute to the higher risk of death when admitted on a weekend. Conversely the argument can be made that patients admitted at weekends are generally sicker than those admitted in the week.

Overall, there is no single correct way to answer a Junior Doctor Contract interview question – but using all of the information provided here, along with your own fair judgement, will definitely help show the interviewer you are well and truly clued up on the industry you wish to spend your life working within!

Want to maximise your chances of getting into medical school? Our Interview Programme is designed to make you excel at the final step of the process.