Problems in the NHS – The Funding Gap 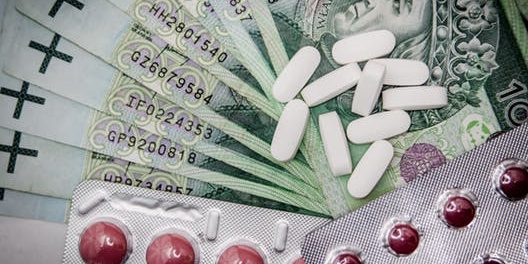 NHS funding is an issue that’s rarely out of the headlines these days, and any good medical student should have a basic understanding of the issues at play, it’s always good interview fodder if nothing else.

The NHS is operating on a deficit of over £2 billion, and has a budget of over £100 billion. That gap in funding leads to all sorts of issues; doctors and nurses have to work longer hours to fill in gaps in rotas and potentially putting patients at risk, there’s a shortage of qualified professionals, and the incentive to enter the industry is being destroyed thanks to the scrapping of various grants that used to be available. Those grants are being scrapped, and salaries are being frozen in order to reduce the operating loss of the NHS.

But why is there a funding gap? Here a lot of rhetoric is being thrown around, and it’s multifaceted, so the importance of individual factors is often skewed to serve a political agenda. It’s best to try and remain as non-partisan as possible.

One of the key issues facing the NHS is the ageing and growing population and the move away from treatment of infectious diseases with true cures like measles, mumps and the like to more long term complex conditions like diabetes, obesity and cardiovascular diseases. Treatment for diabetes and its associated symptoms arguably consume up to 20% of NHS funding. These problems are arguably a result of our previous success – we got so good at treating infectious diseases and childhood ailments, that those people who would have died from those conditions are now alive and taking up resources. Some people argue that immigration is also adding to the stress, but others argue that this isn’t as big of a deal as the aging population and the idea is being used as more of a political football – after all, a young economic migrant consumes far fewer (if any) NHS resources compared to an 80-year-old and their associated problems. It’s undeniable that a growing population is a big challenge for the NHS, but to blame that largely on immigration is perhaps misplaced at best.

A lot of other perhaps smaller factors play into this deficit too. Some of it comes down to the huge overhead within the NHS. It’s a big machine that employs a large number of people. Anybody who’s worked in the NHS will tell you, there’s a lot of bureaucracy in it, with multiple layers of management. A great deal of this may be seen as redundant or arguably a necessary evil to deal with the large workload, and overhauling the entire system also comes at a cost. On top of that is the issue of people arguably overusing the service, and one way of tackling that is to charge people a nominal fee, but that arguably goes against what the NHS stands for, and opens up an entirely different kettle of fish. Clearly, there’s no one isolated issue at play here.