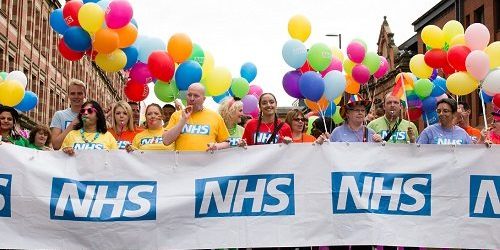 Disconcertingly, information on the costs of these treatments is not collected. However, there are currently three NHS hospitals in the UK exclusively offering complementary medicine, all of which require funding and maintenance, and of recent note is a £20 million renovation of the Royal London Hospital for Integrative Medicine between 2002 and 2005. In 2010, the Guardian reported £4 million annual costs for homeopathy.

Although the costs aren’t clear, the evidence certainly stacks against CAM with CAM often seen as pseudoscience and mysticism.

In 2010, the House of Commons Science and Technology Committee investigated the use of homeopathy in the NHS and concluded that its funding should be withdrawn, citing the NHS constitution which states that, “You have the right to expect local decisions on funding of drugs and treatments to be made rationally following a proper consideration of the evidence”. The report pointed to West Kent Primary Care Trust, which in 2009, launched a review into complementary medicine and chose to withdraw funding and close the homeopathic hospital within the trust; the Committee concluded that all trusts funding CAM be made to carry out similar reviews.

The Government response to this report was to maintain that patient choice and not scientific evidence is the primary reason for funding being assigned in regard to CAM.

This highlights an apparent conflict in regards to local funding decisions between rational consideration of evidence and patient choice. Whilst patient demand is a driving force in CAM and sees funding granted when cost-effectiveness is not seen, there are numerous instances in conventional medicine where cost-effectiveness is deemed too poor and funding denied despite public clamour for the drug.

A notable exception has occurred in recent years where NICE has had to refuse approval on a number of innovative drugs due to poor cost-effectiveness, particularly in cancer treatment.

However, such was the extent of public demand that an annual £200 million Cancer Drugs Fund was implemented to fund effective drugs that are normally too expensive.

Defenders of CAM often cite guidelines on the role of the clinician in appropriately informing the patient of treatment options and respecting their choice but there appears to be apparent misinformation occurring. The majority of clinicians would rarely offer CAM due to its poor evidence base thus perhaps limiting patient choice. However, the minority of doctors who do offer CAM often actively promote such treatments; indeed, it has been highlighted, that in these instances, the clinicians rarely state the weight of scientific evidence against CAM and also rarely consider the ethical implications of prescribing these treatments if they are utilising placebo effects.

Perhaps this then is the issue at hand; that whilst patient choice should be an utmost consideration in funding decisions, it must be informed.

If a treatment option is to be agreed then a clinician, regardless of his/her beliefs, has a duty to present the relevant scientific evidence objectively, a duty that does not appear to be currently met. Finally, if the NHS constitution is to be upheld, CAM should receive public funding from outside the NHS to reflect its demand and value, analogous to drugs currently funded from the CDF.

NHS topics such as this can make for valuable talking points in a medical interview. Make sure your medical interview skills are up to scratch with our Online Medical Interview course – get instant access today!